Skip to content
Suicide: How do People Get to that Place to End it All.  And Suicide Prevention

Suicide: How do People Get to that Place to End it All.  And Suicide Prevention 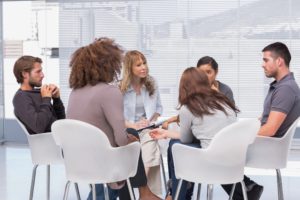 One of the most difficult mental and emotional problems that most people have difficulty understanding, is the state of mind that drives or causes a person to commit suicide.  One of the most difficult and nothing more scary for a family to experience is a loved one having suicidal thoughts and following through with it Probably there is nothing more that can put a Mental Health Professional on high alert than having a client diagnosed with “Suicidal Ideation”. When a family member commits suicide, it can devastate and traumatize members of that family for years. Suicidal ideation, also known as suicidal thoughts, is thinking about, considering, or planning suicide. The range of suicidal ideation varies from fleeting thoughts, to extensive thoughts, to detailed planning. Most people who have suicidal thoughts do not go on to make suicide attempts, but suicidal thoughts are considered a risk factor.

If you have never thought about taking your own life, you may find it difficult to understand why someone would consider dying this way. Experts do not even fully understand why some people would commit suicide, and others would not commit suicide, though a range of mental health issues and life circumstances can play a role. Dr. Roy Baumeister, a noted social psychologist and international authority on self and identity has offered a perspective that may identify the core element underlying suicide.  Baumeister suggested “people who attempt suicide are not trying to kill themselves per se.  That is, their primary goal is not to end their life.  Rather, they are trying to escape exceptionally painful thoughts and feelings about themselves and their lives.  A person amid despair who is contemplating suicide would presumably settle happily for a pill that eliminated negative, painful self-thoughts and feelings over the final act of killing him or herself. Other animals do not kill themselves because they do not have the desperate thoughts and feelings often plague human beings.

A great deal of all the distress that we all experience in life is fed by the ways we talk to ourselves in our own minds. I am not saying that people’s problems are not real. They certainly are: life is filled with unhappy, distressing, and traumatic events that happen to us, as well as many failures to get good things that we desire. That is life. But our problems are magnified many times over because most of us have trouble not thinking about all the bad things that happen.  So, even when we are not directly facing a problem now, we are nonetheless tormented by thoughts about it in our mind.  Our self-thoughts can keep our distress alive almost every waking moment.  not only replay negative events that have happened to us, but we also worry about what is coming down the road.  Even when daily life is okay now, it is sometimes ruined by memories of the past and fears of the future.  And we also ponder the existential implications of the things that happen.  What do they say about me as a person?  Am I incompetent, a failure? Am I a good person or am I evil? Do other people dislike and reject me?  Does my life have any purpose or meaning?  Are my problems solvable, or is my future hopeless?  Can I handle the ongoing unhappiness and pain?  Most of us fall into these patterns of thought at times.  We can’t stop the flood of distressing self-talk and sometimes look for ways to escape our own thoughts.

Some of those ways of escaping our distressing thoughts are mostly beneficial–such as meditating, exercising, listening to music, or getting lost in a good book or movie.  Others are less good for us–excessive alcohol and drug use, overeating, risky behavior, and other escapist activities can sometimes quiet down our existential angst for a while. But, these incessant negative thoughts can send people into chronic depression. Then it fuels even more negative thoughts, making people more miserable and the future look increasingly bleak, and increasing emotional pain and despair. And at some point, when they have reached the limit of torment they can endure, some people, particularly those with a biological predisposition for major depression. may consider suicide to stop the pain.  From the outside, we think their lives are going fine. Inside, their negative ruminations have created an intolerable hell.

Baumeister believes attempting suicide can provide a means of escaping painful thoughts, self-recrimination, and painful feelings in two ways. Most obviously, a person who kills him or herself has effectively solved the problem of intolerable misery. The pain ends, at least for himself or herself although it is just starting for those left behind to try to understand and pick up the pieces of life without that person. However, even when a suicide attempt is unsuccessful, as most are, the simple act of trying to kill oneself may help the person escape negative self-thoughts for a while. Simply thinking about how to kill oneself can produce a state of concrete thinking that minimizes the sort of abstract self-thoughts that create despair. According to Baumeister “when people are contemplating suicide, they think in rigid, narrow, and concrete ways as they focus intently on mundane details of the act. Because concentrating on plans for the suicide mutes’ higher-level thoughts about the past, future, and existential concerns, people sometimes achieve a feeling of emptiness or numbness. People who have attempted suicide often report experiencing a sense of detachment or release as they made their plans, which was an improvement over the despair that prompted them to consider suicide in the first place.”

As Dr. Baumeister observed, “An unsuccessful attempt at suicide may be a successful attempt at escape Although we normally view people who commit suicide as wanting to end their life,”  Baumeister’s “escaping the self” theory suggests that the proximal goal is to stop the painful thoughts and feelings.  That does not mean that the person does not have problems that need to be addressed.  But it does highlight the fact that managing thoughts and feelings through psychotherapy, social support, medication, or a suicide hotline might be the first needed step in getting a person with suicidal thoughts some help . “

Suicide does not discriminate. People of all genders, ages, and ethnicities can be at risk. Suicidal behavior is complex, and there is no single cause. Many different factors contribute to someone making a suicide attempt. But people most at risk tend to share specific characteristics. The main risk factors for suicide are:

Many people have some of these risk factors but do not attempt suicide. It is important to note that suicide is not a normal response to stress. Suicidal thoughts or actions are a sign of extreme distress, not a harmless bid for attention, and should not be ignored. Often, family and friends are the first to recognize the warning signs of suicide and can be the first step toward helping an at-risk individual find treatment with someone who specializes in diagnosing and treating mental health conditions. Suicide is complex. Treatments and therapies for people with suicidal thoughts or actions will vary with age, gender, physical and mental well-being, and with individual experiences.

Multiple types of psychosocial interventions have been found to help individuals who have attempted suicide (see below). These types of interventions may prevent someone from making another attempt. Cognitive Behavioral Therapy (CBT) can help people learn new ways of dealing with stressful experiences through training. CBT helps individuals recognize their thought patterns and consider alternative actions when thoughts of suicide arise. Dialectical Behavior Therapy (DBT) has been shown to reduce suicidal behavior in adolescents. DBT has also been shown to reduce the rate of suicide in adults with borderline personality disorder, a mental illness characterized by an ongoing pattern of varying moods, self-image, and behavior that often results in impulsive actions and problems in relationships. A therapist trained in DBT helps a person recognize when his or her feelings or actions are disruptive or unhealthy, and teaches the skills needed to deal better with upsetting situations.

If you are prescribed a medication, be sure you:

Other medications have been used to treat suicidal thoughts and behaviors, but more research is needed to show the benefit of these options.

If You Know Someone in Crisis

If You Know Someone in a Crisis