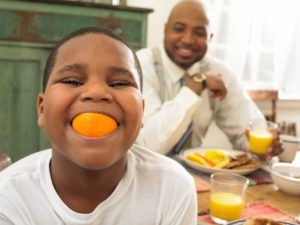 Time to Celebrate Dads and the Important Role They Play in their Child’s Life!

This coming Sunday is June 20th is “Father’ Days” a special day set aside to celebrate dad’s and the vital role the play in nurturing their children.  Father’s, your role in your child’s life is of vital importance. For way too long dads were not consider important in their child’s life except for monetary reasons. Because of expansive volume of research being produced has shown how lack of the father’s role has negatively affected children and society as a whole this is changing how dad’s role is now being seen as just as important as the mother’s role in the life of their child. Plenty of fathers want to be a part of their children’s lives and do whatever they can to stay involved. However, many fathers encounter barriers created by myths that limit, or in some cases prevent, their ability to engage with their children. Many people may believe some common myths about fathers. These myths include:

The issue of fatherlessness is discussed in many books and articles, but it is primarily prioritized as a financial problem. These children are considered worse off because they may not have the same level of monetary resources that can give them a better life. Most of the initial early research concentrated on the regularity of contact with the father and payment of child support. The financial assistance of fathers is unquestionably a vital resource for children in all forms of families. However, if children truly are to “profit,” fathers also need to be obtainable and involved in their children’s lives.

Dad’s roles they play in the lives of their children has lasting results that can affect their child’s entire life. Below are a just few of the positive outcomes a father’s involvement can have. Fathers can help provide more positive social and emotional involvement with others when they have their own playful and affectionate interaction with their children. The father’s involvement before, during and after the birth of a child has been shown to have positive benefits on the mothers and newborn health, from increased prenatal and postnatal health care visits to more successful breastfeeding.

According to the U.S. Department of Health and Human Services, involved fathers help their children become more prepared when the child begins school with higher levels of academic readiness. Children not only do better at school, but they are also much more likely to graduate and have higher levels of career and economic success with involved Dad’s. Father’s interactions with their children at an early age provides better development in their child’s language skills.

Fathers play an important and often overlooked role in the development of their children. From their role Dads play in prenatal care, to how they play, communicate and act as role-models for their kids, loving, engaged dads have been shown to have a tremendous impact on how a child grows up. Father’s involvement in their children’s lives improve their children’s life in every area of growing and developing.

Being a hand’s- on dad has also been good for the father’s emotional and mental health. Many fathers believe that being involved and having a say about their children’s lives has given them a greater sense of purpose and has boosted their own self- esteem.  Dads see parenting as central to their identity. They are just as likely as moms to say that parenting is extremely important to their identity.

God, the Creator knew exactly what he was doing when he created both man and woman and the important role, they would play not only to populate the earth with humans who bare the Creator’s image but the roles they would play together loving, nurturing, and building secure attachments with their children, so they can grow up and find their God given potential. So, dads on this coming Father’s Day be blessed, know you are appreciated for the beautiful role you play in your child’s life.