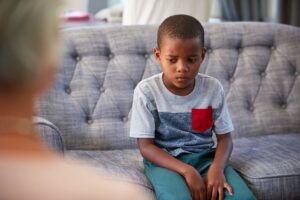 Bringing Awareness to The Destructive Nature of Child Abuse

Though April is National Child Abuse Prevention Month preventing Child abuse child abuse is a priority for every month.

Child abuse is the intentional harm or mistreatment to a child under 18 years old is considered child abuse. Child abuse takes many forms, which often occur at the same time. Child abuse can have damaging effects on children that are sometimes extremely difficult for children to overcome and which could alter an abuse survivors mental emotional, physical and spiritual health for years.

Physical abuse. Physical child abuse occurs when a child is purposely physically injured or put at risk of harm by another person.

Emotional abuse. Emotional child abuse means injuring a child’s self-esteem or emotional well-being. It includes verbal and emotional assault, such as continually belittling or berating a child, as well as isolating, ignoring or rejecting a child.

Medical abuse. Medical child abuse occurs when someone gives false information about illness in a child that requires medical attention, putting the child at risk of injury and unnecessary medical care.

In many cases, child abuse is done by someone the child knows and trusts, often a parent or other relative. If you suspect child abuse, report the abuse to the proper authorities.

A child who is being abused may feel guilty, ashamed or confused. He or she may be afraid to tell anyone about the abuse, especially if the abuser is a parent, other relative or family friend. That is why it is vital to watch for red flags, such as:

Sometimes a parent’s demeanor or behavior sends red flags about child abuse. Warning signs include a parent who:

Offers conflicting or unconvincing explanations for a child’s injuries or no explanation at all.

Child health experts condemn the use of violence in any form, corporal punishment may leave emotional scars. Parental behaviors that cause pain, physical injury or emotional trauma, is not discipline but is child abuse.

If you’ are concerned that your child or another child has been abused, seek help immediately. Depending on the situation, contact the child’s doctor or health care provider, a local child protective agency, the police department, or a 24-hour hotline such as Child Help National Child Abuse Hotline (1-800-422-4453).

If the child needs immediate medical attention, call 911 or your local emergency number.

Keep in mind that health care professionals are legally required to report all suspected cases of child abuse to the appropriate county authorities or the police.

Child abuse can change the trajectory of a child’s life forever. Leaving the child to struggle with the emotional, physical, and sexual scars well into adulthood. Making is difficult for the adult survivor of child abuse to fully recover and live a normal life, well after the abuse has been committed.  Weather you or a parent, care giver to children or anyone else we must all do our part in stopping child abuse.