A Rose by Any Other Name — No Name-Calling Week 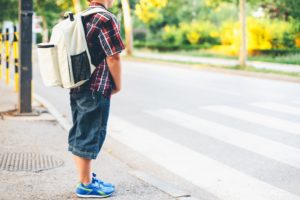 How many times have you heard the word “bullying” over the last few years? Personally and professionally, it has become a buzzword, often misused and misunderstood. This week is no name-calling week, an effort to keep bullying out of our schools and communities and realize the impact of our words.  As one who specializes in child development/therapy and parenting, I’d like to address the concept of name-calling and bullying in a new way that says more about how we teach children about identity than a “how do we get rid of bullies” agenda.

But first, let’s talk about definitions of bullying:

Stopbullying.gov defines bullying as “unwanted, aggressive behavior among school aged children that involves a real or perceived power imbalance.” They also go on to clarify that in order for it to be considered bullying, the behavior must include 1). An imbalance of power in which a person means to control or harm another person, and 2). Repetition: if the behavior is not repeated and regular, or has the potential to become repeated and regular than it is name-calling and unkindness, but not bullying. (https://www.stopbullying.gov/what-is-bullying/index.html)

Now that we know the definition, let’s talk about how you can teach your child to deal with both bullying and unkindness. I want to be clear that bullying is a serious issue with significant emotional and social consequences, however, teaching children real resilience in the face of suffering will teach them skills for life.

What to teach your children:

A bully is usually borne out of a place of pain and deep insecurity. Those who bully, though they inflict suffering, also suffer within. If you teach your child those two truths above, you reduce the chances of them becoming bullies. And if they embrace the truth of their identities, then they learn to see others as children of the King as well, and we bring health to their communities.  Truth changes everything. Let’s allow it to change the way we talk about bullying.