Life With ADHD – The Child’s Mind 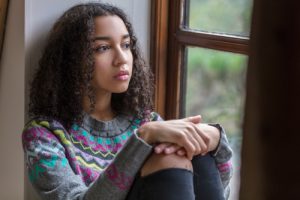 Happy ADHD Awareness Month! It’s not uncommon for people to misuse the phrase “I’m ADHD” and for misdiagnoses to occur. ADHD can be particularly difficult to identify in children because of the
symptom’s similarities with normal child developmental states, and are often mistaken for purely behavioral problems. In this post, we will address the neuroscience behind ADHD and the actual deficiencies that it causes, along with the “hidden” or misunderstood symptoms that often come with childhood ADHD. We’ll also explore some ways that parents can help parent a child with ADHD.

ADHD – Broken Down
Attention Hyperactivity Deficit Disorder – just as it describes, those with ADHD have problems with
maintaining focused attention and structure, and struggle with hyperactivity, which can include both
elevated physical energy as well as mental unrest.

Though the details of ADHD are nuanced and highly detailed, here is the general breakdown of the
symptoms of ADHD. The true deficit in the ADHD brain is the in the prefrontal cortex where executive
functioning – decision-making, impulse control, problem solving, memory, and mental flexibility – lives.
This means that a deficit or impairment in this area, will likely cause problems in the following areas for
a child:

1. Academic achievement: children with ADHD will most likely have difficulty concentrating
because their executive functions are deficient in helping them avoid distractions and follow
directions. They may answer questions or speak out of turn, “give up” on challenging tasks, and
have difficulty anticipating the work needed to complete assignments.
2. Behavioral issues: children with ADHD have deficiencies in their impulse control, meaning that
they may exhibit problematic behaviors that can be frustrating to manage. They may speak out
of turn, show physical aggression or move when they are not meant to, and appear to be
“defiant” by not responding to directions.
3. Social problems: children with ADHD sometimes have extra challenges in their social world,
including difficulty making friends due to impulsivity, interruption, and poor skills in controlling
what they say/do. ADHD children can also be overwhelming to neurotypical (not displaying
neurologically atypical thoughts/behaviors) children due to their high levels of passion and
intensity, which may cause others to pull away. Children with ADHD also have difficulty paying
attention to conversations and reaching a place of depth. They may also change the subject
frequently, due to inattention and hyperactivity, making it challenging to maintain longevity in
their friendships.

They Can’t Help It – And They Mean It

It’s no secret that children with ADHD tend to get “into trouble” more than other children. Because they
typically cause more disruptions and are less likely to follow rules without being structured and directed,
they can also elicit frustrated reactions from others. The most important thing to keep in mind as a
caregiver of a child with this disorder is that they truly cannot help it. The executive functioning deficits they
have are just that – deficits. Children with ADHD are not trying to be defiant, unmotivated, or
disorganized. The beauty of the brain is that with the right tools, it can be trained to compensate for
deficits, so practice using encouraging tones when redirecting them, and giving gentle reminders. Learn
which deficits your child is being the most challenged with, and approach them with tenderness and
structure. Remember that as frustrating as it may be to you, they experience the same frustration
internally when they are unable to control their brain deficits.

The Hidden Symptoms of ADHD
Because much of the manifestations of appear to be behavioral, many of the emotional
symptoms of become hidden and go unnoticed. The diagnostic criteria does not
account for emotional problems, however, research shows that compared to neurotypical individuals,
those with ADHD struggle significantly more with impatience, high tempers, excitability, and higher
levels of frustration. Much of this is due to the fact that the deficits in the working memory portion of
the brain of those with the disorder means that they get emotionally flooded quickly and intensely. The neural
networks that carry information around in the brain of those with this disorder are also limited, which means
that emotional processing and empathy may take longer. Some of the most typical emotional problems
experienced by children with ADHD are:
1. Anxiety
2. High sensitivity and low self-esteem
3. Overreaction
4. Depression

They are both most highly sensitive to criticism and the ones that receive it most.
They experience problems with their deficiencies and frequently live in fear of being perceived as
incompetent or “other.”

They may overreact due to the deficiencies in the brain’s ability to regulate emotion and distinguish
between small and major issues.
They may become more depressed due to the overwhelming nature of living with brain deficits that
impact everyday living.

Other things to look for would be differences in the manifestation of the disorder in girls and boys. It used
to be seen as a “boys’ disorder” –mostly because they receive the diagnosis more frequently. This is
because the manifestations in girls are more subtle. Girls tend to be less hyperactive, and display more
problems with inattention. They may be more “spacy” and appear to daydream. They are also more
likely to develop depression, anxiety, and eating disorder over neurotypical girls
(https://childmind.org/article/how-girls-with-adhd-are-different/).

Find the Gifts
Your child can and will thrive with support from caregivers, friends, and communities.
Though there are deficits, there are also major gifts that come with ADHD – passion, creativity, and
energy. Support your child by looking for their unique strengths and using that to work through the
deficits.